The rule of law is defined in the Oxford English Dictionary as: "The authority and influence of law in society, especially when viewed as a constraint on individual and institutional behavior; (hence) the principle whereby all members of a society (including those in government) are considered equally subject to publicly disclosed legal codes and processes.   The phrase "the rule of law" refers to a political situation, not to any specific legal rule. The rule of law implies that every person is subject to the law, including people who are lawmakers, law enforcement officials, and judges.[5] In this sense, it stands in contrast to a monarchy or oligarchy where the rulers are held above the law. Lack of the rule of law can be found in both democracies and monarchies, for example, because of neglect or ignorance of the law, and the rule of law is more apt to decay if a government has insufficient corrective mechanisms for restoring it https://en.wikipedia.org/wiki/Rule_of_law#targetText=The%20rule%20of%20law%20is,disclosed%20legal%20codes%20and%20processes.%22

What is the Rule of Law? 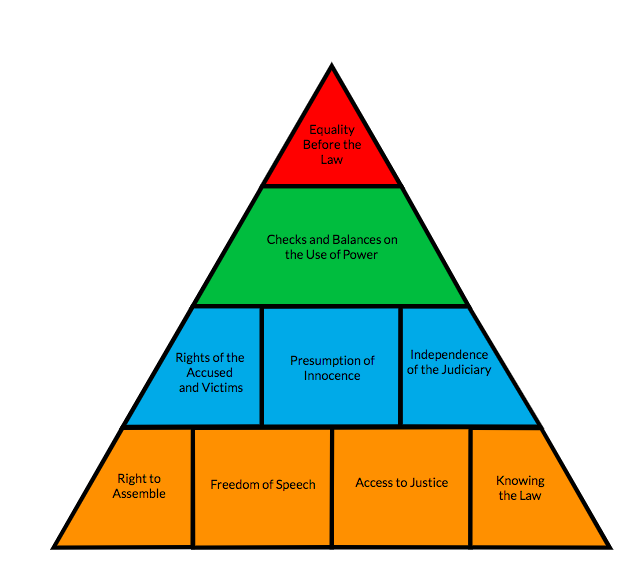