Perspective and context can influence our interpretation of events and ideas.

Orientation in time and space

Reading, writing and using language to gather and communicate information.

The Stolen Generations refers to Aboriginal and Torres Strait Islander children who were removed from their families following past government policies by government representatives, churches and welfare groups. Official government estimates that in certain regions, between 1 in 10 and 1 in 3 Indigenous Australian children were forcibly taken from their families and brought up in institutions, fostered out or adopted by white families. The removal of Aboriginal children took place approximately between 1883 – 1969 and broke cultural, spiritual and family ties and has left a lasting and intergenerational impact on the lives and wellbeing of Aboriginal and Torres Strait Islander people. Different laws in different states and territories of Australian Government authorities meant that the lives of Indigenous people were controlled by the government, including their marriages, work, wages, housing, children and access to health care. 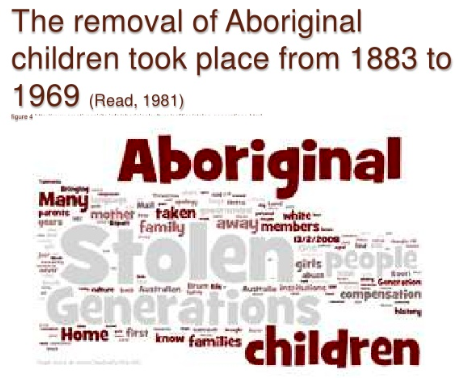 Where did the phrase The Stolen Generations come from?

Professor Peter Read, a history professor at The Australian National University was the first to use the phrase "stolen generation" and used it as the title of a magazine article and then his 1981 book, The Stolen Generations (1981). 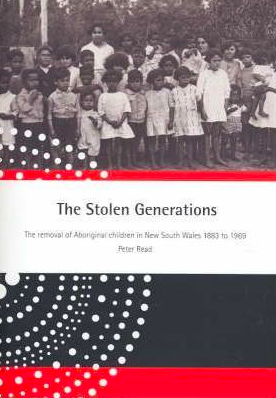 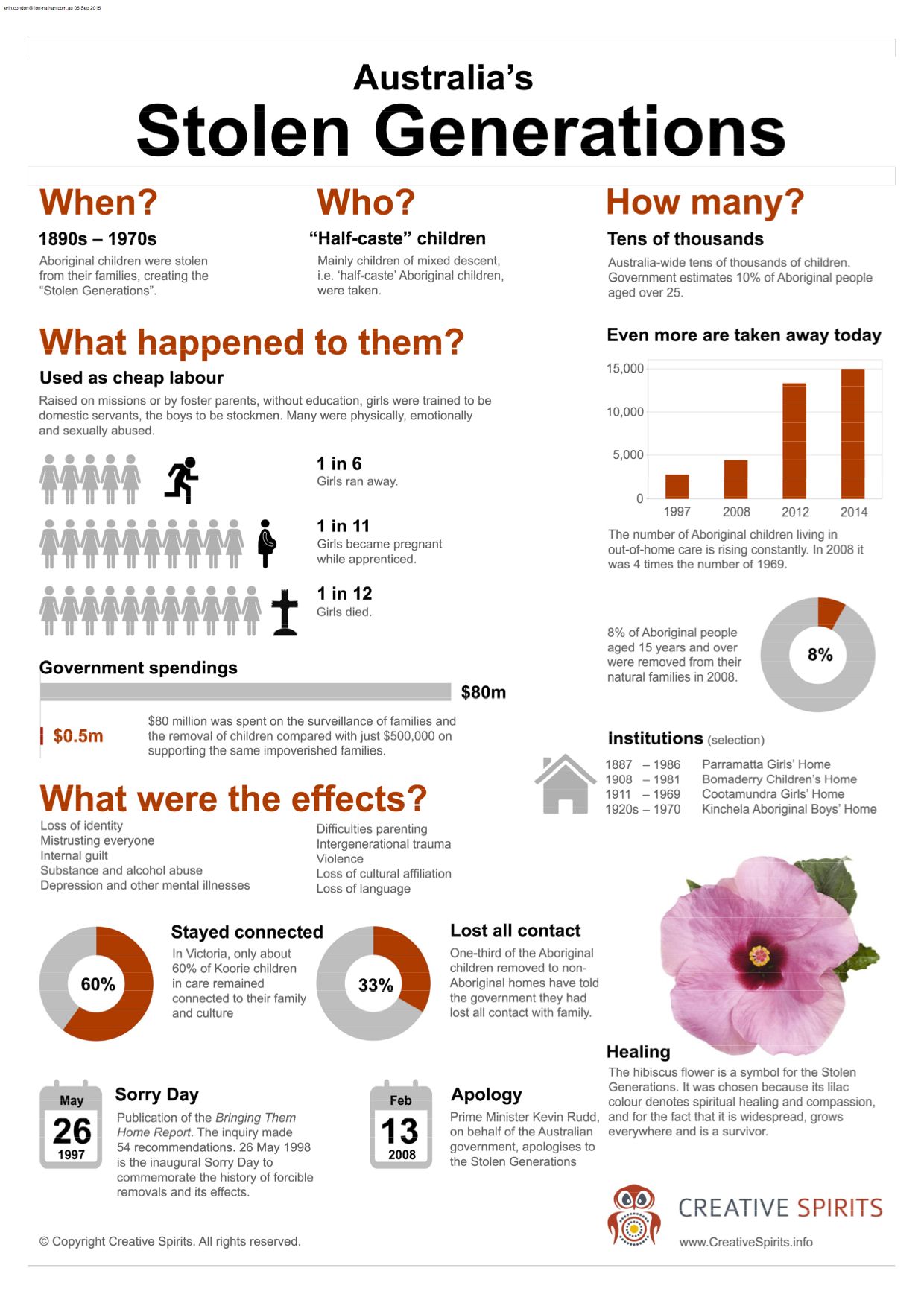