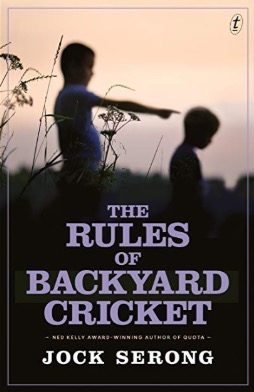 The tale of two brothers, growing up in Melbourne in the 1970's playing backyard cricket. Long hot summers, clear blue skies and stolen tennis balls, tampered with for bounce or damage; mixed with sibling rivalry, grit and determination. Both brothers go onto make it in cricket however one brother (Darren) has a penchant for trouble. The latter we meet at the beginning of the book stuffed in a car boot with a bullet wound in his knee reminiscing before what may be his demise in a shallow grave (Serong, 2016).