Welcome to Marine History and Archeology in Western Australia. This guide has been created for Year 11 students studying the Dutch East India Company and its significance to Australian maritime history.

The Dutch East India Company (often called the VOC, the initials of its name in Dutch) was set up in 1602 to help Dutch traders and explorers work together to find and supply spices from across the world. Seeking riches in the South Land (as Australia was called), the VOC sponsored explorations increased the knowledge of the location, size and shape of Australia, as is evident in Dutch maps drawn and engraved during the 17th century. By 1628, about 4,000km of Australia’s western, southern and northern coastlines had been surveyed and delineated on charts which were issued to VOC skippers.

Putting Australia on the Map

Martin Woods, Curator of Maps at the National Library of Australia, discusses early depictions of 'the great south land', from ancient Greek interpretations of the Antipodes to maps of New Holland by the Dutch in the 1600s and 1700s with the various names used including Terra Australis, Jave Le Grande and Magallanica. 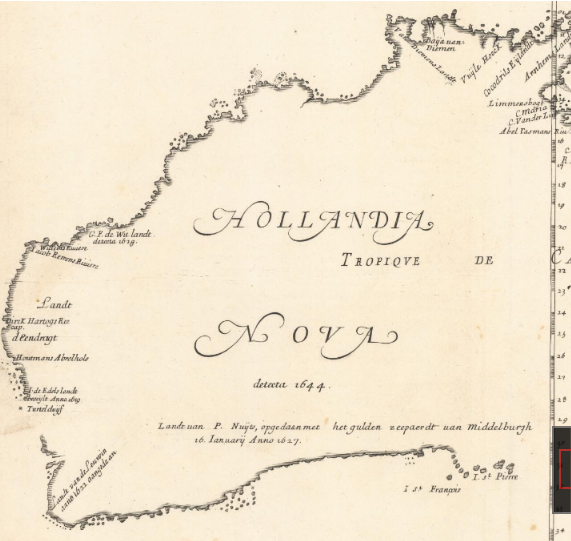