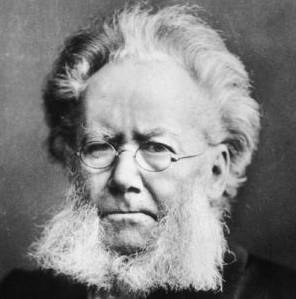 Hedda Gabler,  drama in four acts by Henrik Ibsen, published in 1890 and produced the following year. The work reveals Hedda Gabler as a selfish, cynical woman bored by her marriage to the scholar Jørgen Tesman. Her father’s pair of pistols provide intermittent diversion, as do the attentions of the ne’er-do-well Judge Brack. When Thea Elvestad, a longtime acquaintance of Hedda’s, reveals that she has left her husband for the writer Ejlert Løvborg, who once pursued Hedda, the latter becomes vengeful. Learning that Ejlert has forsworn liquor, Hedda first steers him to a rowdy gathering at Brack’s and subsequently burns the reputedly brilliant manuscript that he loses there while drunk. Witnessing his desperation, she sends him one of the pistols and he shoots himself. Brack deduces Hedda’s complicity and demands that she become his mistress in exchange for his silence about the matter. Instead, she ends her ennui with the remaining pistol. The work is remarkable for its nonjudgmental depiction of an immoral, destructive character, one of the most vividly realized women in dramatic literature.