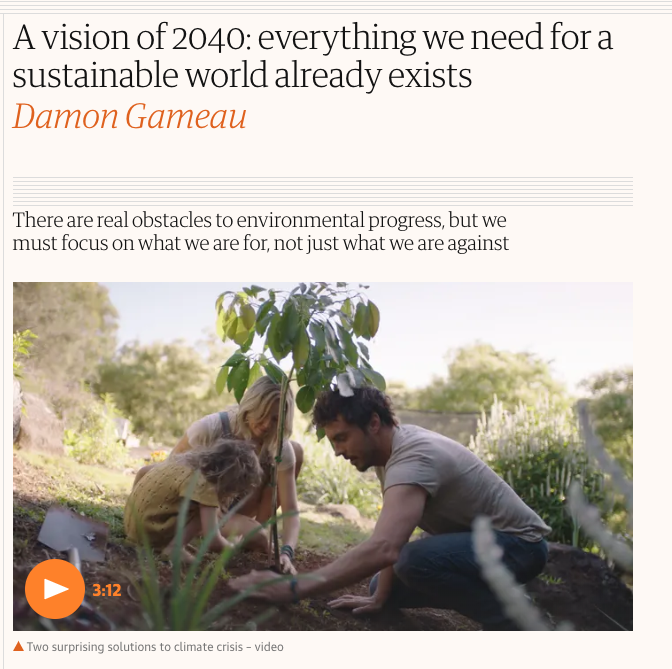 2040 is a hybrid feature documentary that looks to the future, but is vitally important NOW!

The 2040 journey began with award-winning director Damon Gameau (That Sugar Film). Motivated by concerns about the planet his 4-year-old daughter would inherit, Damon embarked on a global journey to meet innovators and changemakers in the areas of economics, technology, civil society, agriculture, education and sustainability. Drawing on their expertise, he sought to identify the best solutions, available to us now, that would help improve the health of our planet and the societies that operate within it. From marine permaculture to decentralised renewable energy projects, he discovered that people all over the world are taking matters into their own hands.

This journey is the central premise for the documentary ‘2040’, a story of hope that looks at the very real possibility that humanity could reverse global warming and improve the lives of every living thing in the process. It is a positive vision of what ‘could be’, instead of the dystopian future we are so often presented. 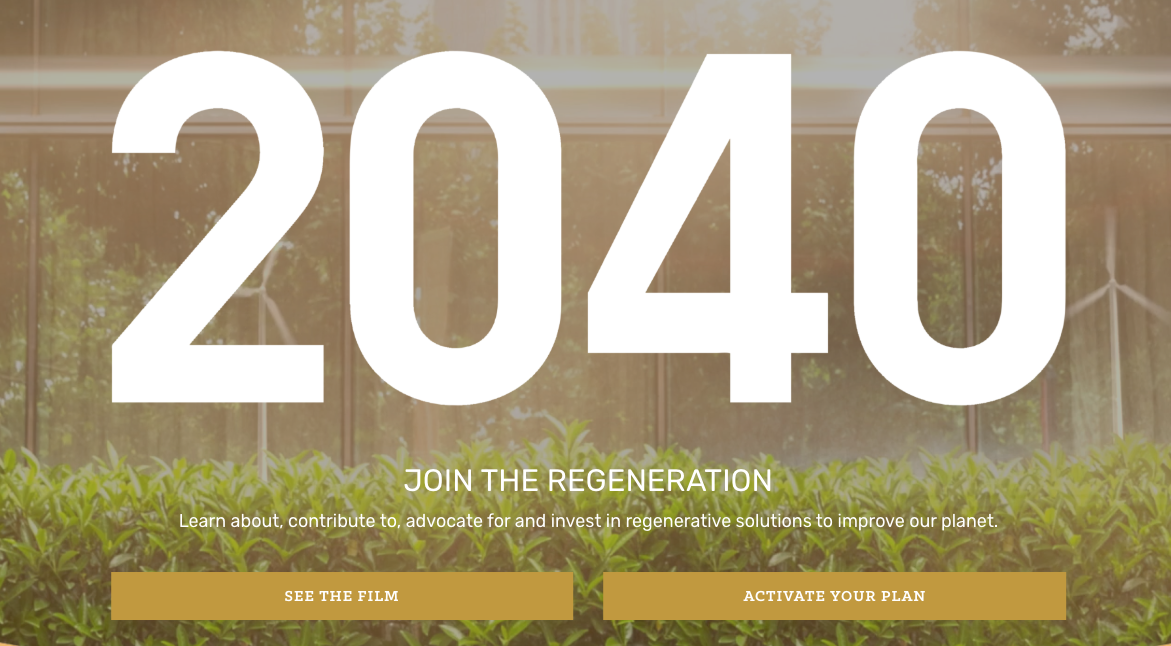